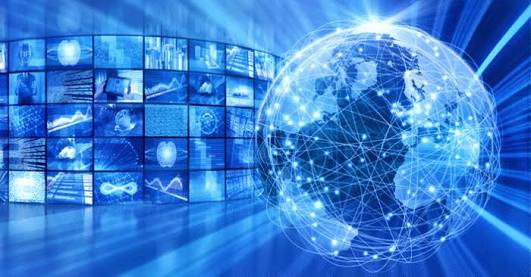 The Federal Communications Communications (FCC) has finally rolled back Net Neutrality. The law that prohibits Internet Service Providers (ISPs) from blocking certain services, slowing particular websites or charging more to access them has been removed meaning No More Net Neutrality. We may no longer have equal rights on the internet and a way of saying no more freedom of speech.

How it affects Africa

One may say, but that’s in the United States! More than 80% of the contents we consume in Africa comes from the U.S, Europe and Asia. Even when the contents are produced here, they are hosted preferably in the U.S, due to unreliable infrastructure in Africa.

Here’s how it plays out : you jump on Google to carry out a research, a tier2 peering network in the U.S blocks your country from accessing very important contents because it has the freedom to do so (net neutrality removed), expecting the content owner to pay more for his site to be accessed in Africa and since he’s not making money from users in Africa, he feels nothing about it. So you are deprived of quality content or given poor service in Africa for contents coming from the U.S.

We will analyze more implications in subsequent articles. Meanwhile below is the New York Attorney General’s Eric T. Schneiderman’s response to the decision

“The FCC’s vote to rip apart net neutrality is a blow to New York consumers, and to everyone who cares about a free and open internet. The FCC just gave Big Telecom an early Christmas present, by giving internet service providers yet another way to put corporate profits over consumers. Today’s rollback will give ISPs new ways to control what we see, what we do, and what we say online. That’s a threat to the free exchange of ideas that’s made the Internet a valuable asset in our democratic process.

Today’s new rule would enable ISPs to charge consumers more to access sites like Facebook and Twitter and give them the leverage to degrade high quality of video streaming until and unless somebody pays them more money. Even worse, today’s vote would enable ISPs to favor certain viewpoints over others.

New Yorkers deserve the right to a free and open Internet. That’s why we will sue to stop the FCC’s illegal rollback of net neutrality.

Today’s vote also follows a public comment process that was deeply corrupted, including two million comments that stole the identities of real people. This is a crime under New York law – and the FCC’s decision to go ahead with the vote makes a mockery of government integrity and rewards the very perpetrators who scammed the system to advance their own agenda.

This is not just an attack on the future of our internet. It’s an attack on all New Yorkers, and on the integrity of every American’s voice in government – and we will fight back.”