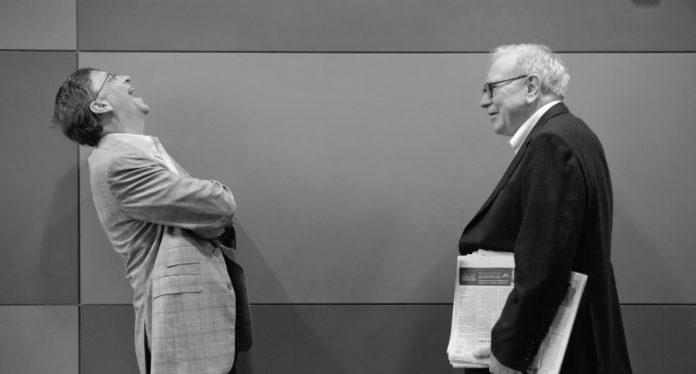 Many times world’s richest man Bill Gates announced in a LinkedIn post yesterday that he’s stepping down from the board of Microsoft and Berkshire Hathaway to focus his time on philanthropic priorities.

“I have made the decision to step down from both of the public boards on which I serve – Microsoft and Berkshire Hathaway to dedicate more time to philanthropic priorities including global health and development, education, and my increasing engagement in tackling climate change”

He stated that his decision to leave the public boards at this time was fueled by the continued strength the companies have demonstrated in recent past.

“The leadership at the Berkshire companies and Microsoft has never been stronger, so the time is right to take this step.”

Bill Gates added that “with respect to Microsoft, stepping down from the board in no way means stepping away from the company.” As Microsoft will remain his first love and will “always be an important part of my life’s work and I will continue to be engaged with Satya and the technical leadership to help shape the vision and achieve the company’s ambitious goals. I feel more optimistic than ever about the progress the company is making”

He’s “looking forward to this next phase as an opportunity to maintain the friendships and partnerships that have meant the most to me, continue to contribute to two companies of which I am incredibly proud, and effectively prioritize my commitment to addressing some of the world’s toughest challenges.”

Bill Gates through his co-founded foundation Bill & Melinda Gates has touched lives of many people across the world. Africa is a major beneficiary of Gates’ foundation felt immensely in its health sector through polio vaccinations and more.

I think If he successfully declutters his closet, this will mean more success and impact on global health and development, education, and increasing engagement in tackling climate change.

What do you think? Chime in the comments below