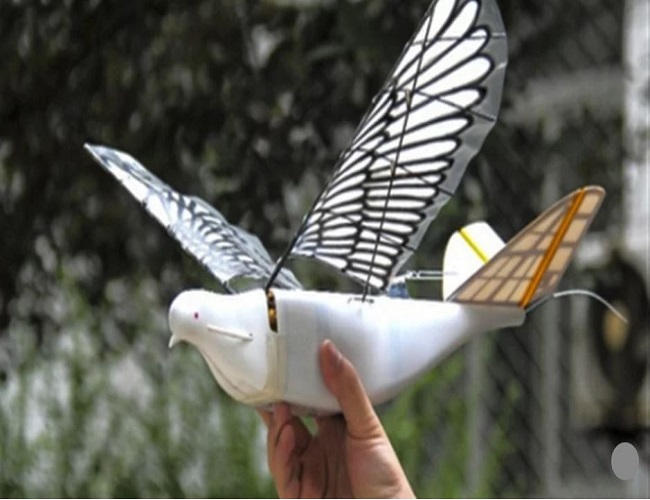 You can call them “Smart Birds”, they have everything a natural bird has plus high tech. The Robotic bird surveillance drone is equipped with GPS technology, a high-definition camera, and a flight control system that links up with satellites to allow remote control. This is meant to be a spy-bird program, as flocks of it already in operation in at least five provinces.

Why a bird? One may ask, seeing that China is not trying to hide from other birds. Maybe China intends to fly the bird drone at low altitude, so when humans see them they will assume they are normal birds.

The robotic bird surveillance drone is being developed by researchers at northwestern polytechnical university in Shaanxi province who have previously worked on hidden fighter jets used by China’s air force.

“We believe the technology has good potential for large-scale use in the future…it has some unique advantage to meet the demand for drones in the military and civilian sectors”, said professor Yang Wenqing, an associate professor at the school of Aeronautics who worked on the project.