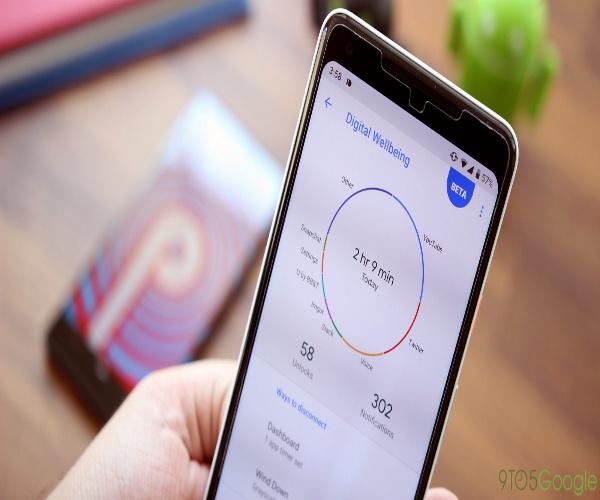 Technology in itself is not a bad tool but abusive measures introduced to it has made it somewhat bad and unhealthy for users.

The digital world has unconsciously become an integral part of life, thereby making it more difficult to control the use of social media and other apps. This have immensely affected real world interactions and experiences.

Today, our closest companion is our digital device. Take a quick look around you, everywhere you turn, users bury their heads in their screens, rarely interacting with one another in real time.

According to research, social media has become such a distraction it keeps you from being productive while on the go.

To this end, Google wants to bridge the gap created by technology with the tool called Google’s Digital Wellbeing.

The essence of the Digital Wellbeing tool is to help users set their priorities right and better understand how they interact with their technology to avoid excesses.

With Digital Wellbeing users can see;
— Overall digital habits
— How often different apps are used
— Most used app based on many notifications are received
— How often the phone is checked

Such that users can;
— Set app timers for different apps
— Configure Do Not Disturb
— Manage notifications
— Set Flip to Shhh
— Disconnect at night using the wind down

The beta version of the Digital Wellbeing App is out and can only run on Google Pixel phones running Android pie, Google’s latest operating system. Perhaps the app would be available to all Android pie users when its out of beta.

If you have a pixel device running Android pie;

—> Go to settings
Scroll down, you’ll see the Digital wellbeing entry.
OR
In the search setting bar, type Digital Wellbeing.

—> Tap the Digital Wellbeing entry to view the main page.

From the main page, you are able to reach the digital wellbeing dashboard which displays specifics on what apps you used that day and how much time you spent on those apps.

—> There you can locate an app you’ve used excessively, and set a timer that allows you to only use the app for a set period of time.

Once you set the timer, you can’t use the app beyond the time set. And if you attempt to open the app after the set time has elasped, you’ll receive a pop up message using you to change the settings.

Other settings can also be done on the digital well-being dashboard.