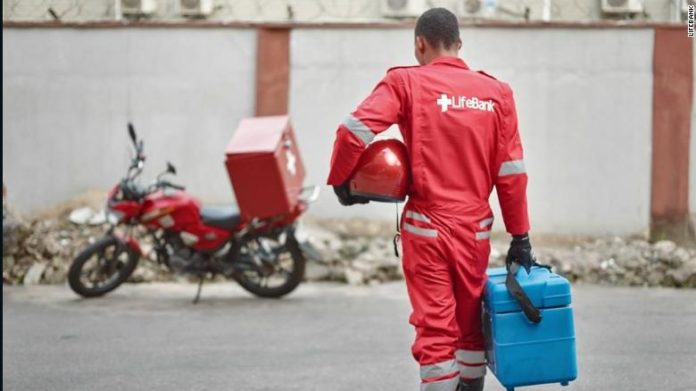 Google maps is at it again with easy navigation and this time, in the busy city of Lagos, Nigeria.

Joseph Kalu, a Nigerian dispatch rider for LifeBank, a blood and oxygen delivery company in the West African country shares his story how Google maps enhances his work with the company inspite of the rowdy nature of Lagos State —one of the busiest cities in the world.

Kalu’s job involves picking up specified units of blood from blood banks, storing it in his motorbike’s cold chain transport box and delivering to the required hospitals as quickly as he can.

He said that integration of google maps into the company’s app has made his work seamless by enabling him boycott traffic and figuring out the best route to go through.

“Even when I know where I am going, I still use Google maps on our app. It lets me figure out the best route to go through, especially when there is traffic,” Kalu said.

Such that “Every time there is an order, the LifeBank customer service team communicates it to us. We get a notification on the app that shows us the address of where to pick up blood and where to deliver,” Kalu told CNN.

“There’s also the Google map with directions to the address provided,” he added.

Consequently, this has enabled the company to cut blood delivery times to just 45 minutes, a journey that previously took up to three hours to complete.

Nigeria needs up to 1.8 million units of blood every year, but the National Blood Transfusion Service (NBTS) collects only about 66,000 units per year, leaving a deficit of more than 1.7 million pints of blood, according to a 2017 report quoting the country’s health ministry.

LifeBank was founded by Giwa-Tubosun in 2016 to connect blood banks with hospitals and their patients who need it urgently.