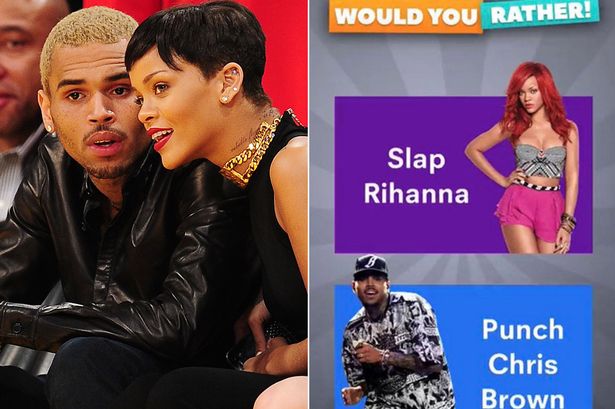 Following a recent snapchat ad: “Would you rather: slap Rihanna or punch Chris Brown?” Rihanna and others expressed their wrath over the incident on social media. 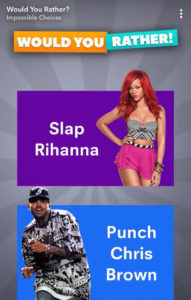 The snapchat ad used to promote its app didn’t go down well with Rhianna and her fans considering that she was abused by Chris Brown back when they were dating in 2009.

Rhianna reacting to the ad, slampped snapchat in an Instagram message on Thursday, she said:

“Now SNAPCHAT I know you already know you ain’t my fav app out there! But I’m just trying to figure out what the point was with this mess! I’d love to call it ignorance, but I know you ain’t that dumb! You spent money to animate something that would intentionally bring shame to DV (domestic violence) victims and made a joke of it! . . . Shame on you. Throw the whole app-oligy away.”

This particular message cost snapchat 4.26 percent of its shares, Mehn that’s huge. Putting them on track for the biggest one-day drop this month according to Financial company times.

Making it the second time snap went on a lost this year, the first being when Kylie Jenner tweeted last month that she no longer opens snapchat although she later amended the statement when she said, snapchat was still her first love.

However, In a statement, Snap said: “This advertisement is disgusting and never should have appeared on our service. We are so sorry we made the terrible mistake of allowing it through our review process. We are investigating how that happened so that we can make sure it never happens again.” But then the damage had already been done.