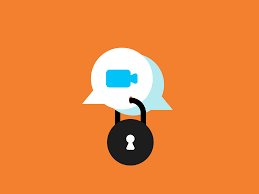 Skype’s end-to-end encryption may have arrived rather late, as its counterparts -Whatsapp,Telegram, Wire have long implemented theirs. But it’s better late than never.

Skype’s encrypted voice call & chat ensures that conversations on the app are encrypted on both ends (sender to recipient) in order to avoid eavesdroppers and malicious agents from accessing the information. However, Skype’s encryption isn’t default. It must be turned on to use.

How to turn on Skype encryption feature

1. To activate private conversation in Skype : go to the compose menu or the profile of the person you want to contact.

The recipient will receive an invite to launch a private conversation, and will need to accept to proceed.
Once the invitation has been accepted, only voice calls, messages, and files will be encrypted from end-to-end.

However, Skype’s delay in implementation of its encryption feature may have cost it its users as so many have had to migrate to other platforms for the sole purpose of encrypted conversations. We hope it’s not too late for the app’s users who have migrated to make a comeback.