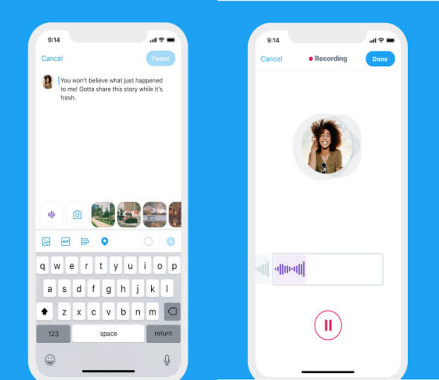 Twitter seems to be on a voice spree as it plans to roll out Voice Direct Messages soon. This is coming shortly after the release of Audio tweets on iOS.

The social network product manager, Alex Ackerman-Greenberg, told Verge through a 20 seconds voice message that the company will be testing voice DMs soon.

“We know people want more options for how they express themselves in conversations on Twitter — both publicly and privately,” he said.

He added that Brazil will be among the first country added to that test.

The product team designed an “in-line recording experience to make it easier to send these messages as part of the natural conversation flow,” which is somewhat different from the audio tweets released for iOS in June

The experience using the Twitter’s voice DMs is expected to be the same for Facebook and Instagram, having a simple interface where there’s just a play / pause button, and the sender’s avatar pulsates as the message plays

Better Late Than Never for the more interests based platform.