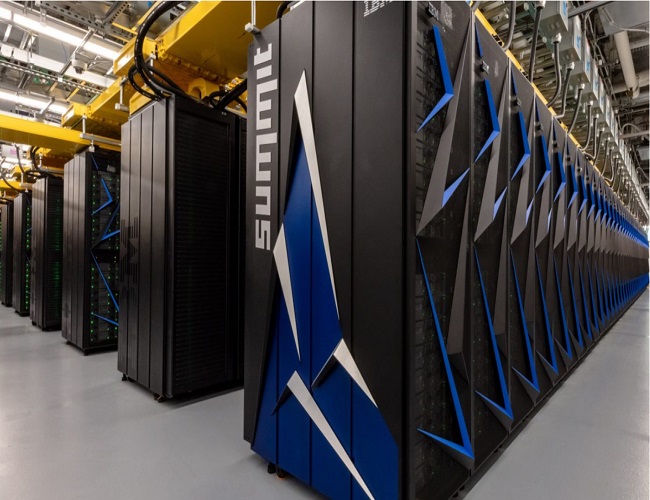 The US Department of Energy (DoE) has unveiled the fasted supercomputer in the world called the SUMMIT, at Oak Ridge National Laboratory. The Department partnered with IBM and Nvidia to build the supercomputer.

The computer has 4,608 servers that takes up the size of about two tennis courts and circulates 4,000 gallons of water per minute for cooling. It has 37,000 processors and 28,000 Graphics processors. It performs 200 quadrillions (200 followed by 15 zeros) calculations per second or 200 petaflops. We should have known this…that IBM loves BIG stuffs!

Put in another way, that’s about 1 million times faster than a typical laptop computer. Don’t even think about it…your laptop can’t match it!

Another way to put it is that 6.3 Billion people would have to make a calculation at the same time, every second, for one year to match this supercomputer.

The last time America had the most powerful computer was in June 2013 when China took over. But why such a powerful computer one might ask?  Technological supremacy among nations plays out here. Far importantly is its use: for genome sequencing, artificial intelligence (AI) research, machine learning applications, climate modelling, analyzing exploding stars (supernovas) to find out how elements like Gold are formed.

Before the announcement of the Summit last Friday, China held the record of the most powerful supercomputer in the world with its Sunway Taihulight. But the summit is near twice the peak performance of the Taihulight.

Happy computing, earth men… when do we get to the stars then?