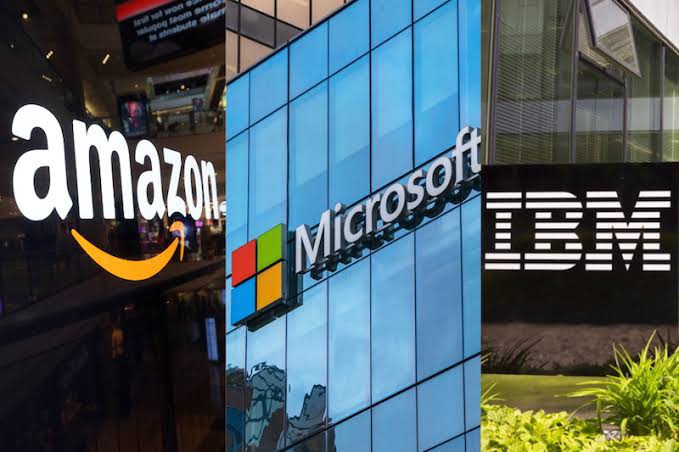 President Trump retweeted a replied tweet from Richard Grenell on a thread created by ACLU over Microsoft’s refusal to sell face recognition technology to the police.

The replied tweet was addressed to President Trump to ban Tech firms from Federal Government Contracts & Other consequences For Not selling Technology To Police. And Trump retweeted

Tech giants, IBM, Amazon and Microsoft has taken turns to ban the police from using its facial recognition software for a year.

This decision was made after civil rights advocates raised concerns about potential racial bias in surveillance technology leading up to the case of George Floyd.

IBM took the lead when it released a letter shared in the context of addressing responsible use of technology by law. As a result, it will no longer offer general purpose IBM racial recognition and analysis software.

Amazon joined in two weeks later with a one-year ban on police use of its facial recognition technology.

“We’re implementing a one-year moratorium on police use of Amazon’s facial recognition.”

Amazon, however, highlighted a few considerations “to allow organizations like Thorn, the International Center for Missing and Exploited Children, and Marinus Analytics to use Amazon Rekognition to help rescue human trafficking victims and reunite missing children with their families.”

Two days later, Microsoft announced it will not sell face recognition technology to the police.

ACLU believes “The fight to defend our privacy rights for face surveillance is just getting started”, while others think not selling of this technology will increase false accusations of persons in crime situations.

Does Trump “Retweet” mean Consent? State your opinion in the comments below