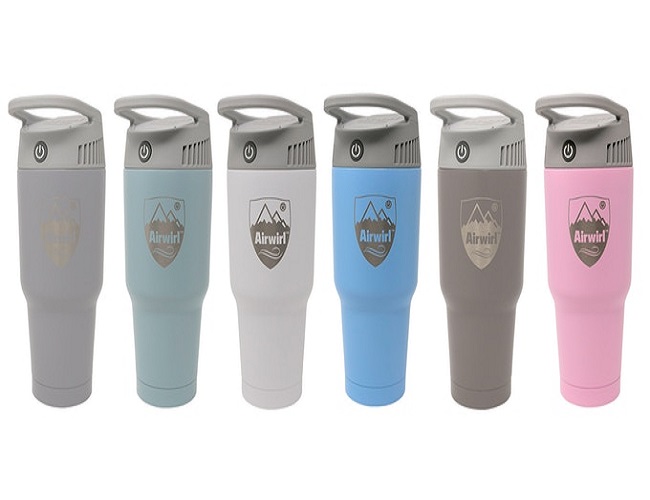 In summer, the temperatures are terribly hot and can be likened to hell. With the tampered ozone layer in this part of the world, the scourge of extreme hot weathers destroys seed crops of plants and also causes skin burns on humans affecting the general health condition of the human body. So that you can only wish for a humid atmosphere.

On the other hand, extreme rainfall or winter temperature is characterized by the intense cold that can damage vegetation and pipes to freeze and burst inside the home. Exposure to cold can cause frostbite or hypothermia and become life-threatening, hence the need for Airwirl device. 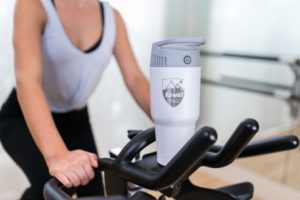 The Airwirl device is a battery powered mobile air conditioner, having a cooling or heating effect. It is small enough to fit in a cup holder and big enough to blow a stream of cool or hot air into your face creating an enabling environment for your pleasure.

The device features a cup and a lid, and works using thermal convection. Depending on your needs, either load the cup up with an ice block or activate heat warmers.

“By use of a turbine fan built into a motorized lid, ambient air is drawn inside a double-walled, vacuum insulated container. Also when ambient air is allowed to flow through this system with ice cubes inside, the thermal energy causes a change in air temperature as it leaves the unit,” said co-creator Michael McCarthy.

This is a big relief to extreme weather conditions in your environment; homes, schools, buses and cars that don’t have functioning air conditioner (AC). The battery guarantees about 48 hours of usage, it is portable and for the mere fact that it is mobile makes usable on the go and you are able to regulate your atmosphere according to your needs.

The Airwirl campaign is currently on a Kickstarter campaign at a pledge of $129.