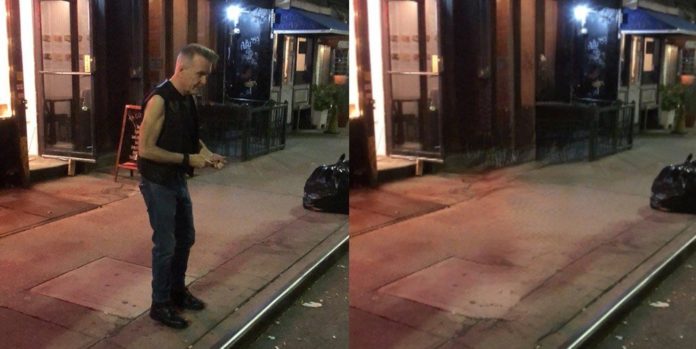 Now, it’s incredible to know that there’s a camera app that removes people, blemishes from your picture, leaving only dogs, while maintaining the original background aesthetics.

For obvious reasons, people unconsciously isolate themselves from the crowd each time they want to take a photo, because having a total stranger or some unplanned personality appear in your photo can be really irritating.

Secondly, people spontaneously go in search for a nice area and location to have a photo shoot owing to the fact that they can’t stand a disgusting background parading behind their pictures.

But that won’t be an issue any more with Bye Bye Camera, an app that simply removes any humans from photos you take. Finally!

Bye Bye Camera works using AI tools. It also uses YOLO (You Only Look Once) to differentiate the outline of a person and then another tool that performs what Adobe has called “context-aware fill.” Between the two of them a person is reliably — if a bit crudely — deleted from any picture you take and credibly filled in by background.

The Bye Bye Camera app is the camera for the post-human era. Every picture you take automatically removes any person. Finally you can take a selfie without yourself.

The Bye Bye Camera works like the Remove.bg website that takes away photo background, and either replaces with another background entirely or leaves it plain.

The difference between the two platforms is that unlike remove.bg that works after the picture has already been shot, this amazing camera app takes effect instantly while an image is being shot.

However, Bye Bye Camera allows dogs to remain if they were originally taken in the picture. And certainly cannot remove people from your life.

Bye Bye Camera is available for download at $3 on the iOS App Store.