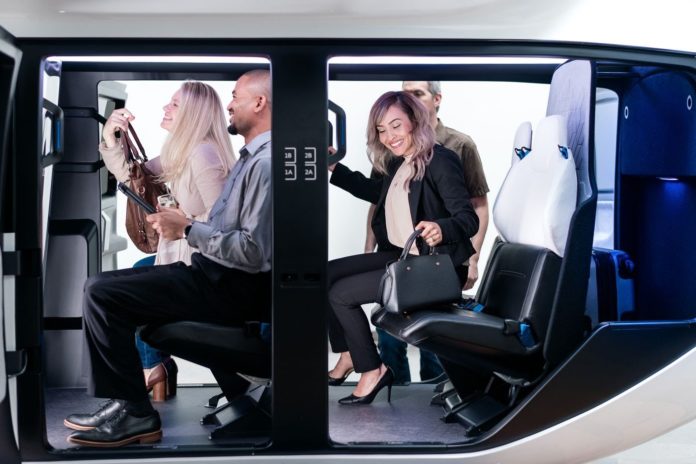 Uber’s quest to become a one-stop shop for the movement of people and powering local commerce around the world is becoming a reality. The ride hailing tech company eventually revealed a super sleek design of its flying taxi which we believe would be either called “Uber air”, or “Uber copter”.

Its reference design was released at the third annual Elevate conference, which was all about flying taxi tech. And your guess is as good as mine.

Uber’s proposed flying taxi design pretty much looks like a “helicopter”. There are three rows, first row for the pilots, next two rows for the passengers. Four passenger seats, arranged two-by-two. Behind the second row is space for storing luggage. Aside from some electric blue lighting and similarly colored seat belts, that’s about it. Since it’s planning to only use these aircraft for short rides.

Thinking Uber only provides ride-hailing services? No, because the company also builds its designs and manufactures by partnering with other companies like the ones from Boeing and Bell Helicopters, Jaunt.

Uber proposes its own test flights in 2020, and plans to launch some version of an air taxi service in 2023, starting in Dallas, Texas, and Los Angeles, California. And more

How would you love to sit up in an “Uber Air/ Copter”?