You probably know Elon Musk for electric cars(Tesla), space travel(SpaceX), renewable energy(SolarCity, Gigafactory),  but for road construction? You would pick someone else like Julius Berger.

Well…Elon Musk has a construction company called “The Boring Company”. As usual, he wants to do something extraterrestrial: build an underground network of roads, like interconnected highways underground. We are not talking of constructing a single tunnel underground but a network of underground highways. 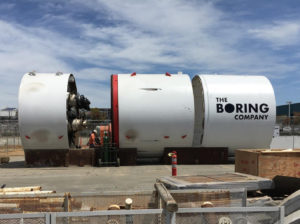 The intention is to beat traffic in crowded highways in our cities. This is an audacious thing to try, taking into consideration the cost and time implications. Return on investment (ROI) may take a very long while. The geological challenges involved may slow down construction but the solution is welcomed. 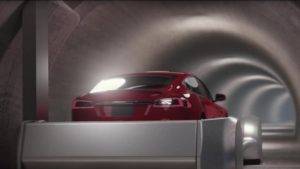 Elon just released a video showing what will really happen and that in a few months time we will use a tunnel for free in Los Angeles, California. In a statement, Elon said the 2-mile prototype was “almost done! Pending final regulatory approvals, we will be offering free rides to the public in a few months.”

Musk’s vision for the tunnel network is for cars, cyclists, and pedestrians on the surface to hitch a ride on electrified “skates,” then be whisked through a network of tunnels to where they need to go. Musk has said the pods will be able to outpace jets.