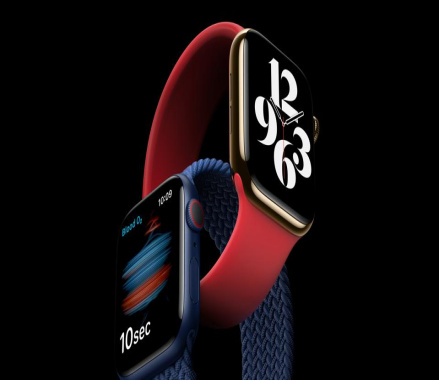 It’s the time of the year when Apple holds its annual, Apple event. Typically this is the time when a new iPhone model is announced before thousands of people in attendance. But while there’s no iPhone 12 out (yet), and an only digital capacity, the people at Cupertino nevertheless made important announcements and releases. To sum it up:

A new Apple Watch
The Star for this show is the Apple Watch Series 6. Design-wise, it’s identical to the previous generation Watch models, but this iteration offers new colours – navy blue, and of course Product Red. Above all, it’s got a new blood oxygen saturation sensor which helps track information about a person’s heart rate. The Apple Watch Series 6 starts at $399 for the GPS version. You can preorder it today, and it will be available on Friday.

The Apple Watch SE is a new lower-cost Watch. It is Apple’s go-to branding for its budget models. It has many of the same features as the Series 6, including a built-in accelerometer, gyroscope, an always-on altimeter, and fall detection. Price starts at $279.

Interestingly, new Apple Watches won’t have a USB power adapter in the box. This move affirms the rumour that Apple says it will no longer add chargers to its iPhone boxes henceforth. The company says, removing the USB power adapter from Apple Watch boxes is to help reduce its environmental impact.

New iPad Air
The latest iteration of the iPad Air gets a new edge-to-edge display, and has a 10.9-inch display. And unlike the iPad Pro, the Air still has Touch ID, cleverly located inside the power button (but is something that competitors have already been doing).

How do you feel about the unannounced iPhone 12? Chime in