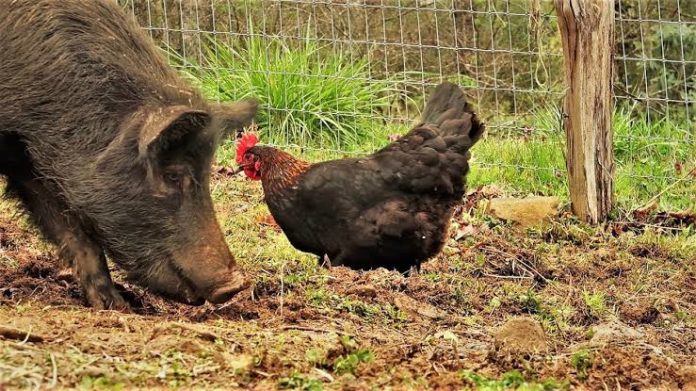 World’s popular diseases from pigs and chickens are developing resistance to numerous antibiotics in an incredible way. These antibiotics in which farmers use to prevent illness in their animals are loosing effectiveness, and there by causing humans to be susceptible to untreatable infections.

“Everyone talks about antibiotic resistance in humans, but no one has been talking about antibiotic resistance in animals,” says Ramanan Laxminarayan, the director of the Center for Disease Dynamics, Economics & Policy in Washington, DC, and the paper’s senior author. “Yet there are far more animals than humans on the planet, and they are essential for livelihoods across the developing world.”

According to Science, ineffectiveness of antibiotics in farms is as a result of abuse of antibiotics to raise animals while trying to boycott the aspect of treating them when they get sick; “Antibiotics are added to animals feed to accelerate their growth and prevent them from getting sick in crowded barns and feedlots,” so as not to spend scarce funds on veterinary care or disease containment.

Lance Price, a microbiologist and the founding director of the Antibiotic Resistance Action Center at George Washington University, although not part of the study, points out that the most virulent, multidrug-resistant pathogens emerge almost by accident, through the unintended accumulation of a few pieces of genetic material within a single bacterium. He added that those combinations occur only where lots of antibiotics are being used in lots of animals at once, and until recently, they have been rare. “But if you use antibiotics in billions of animals around the globe, you are creating the opportunity for rare events to be no longer rare,” Price says. “This creates lots of possibilities for new resistance elements to emerge.”

The global hot spots for antibiotic resistance in animals are places with high and rising demand for meat like China, India, Brazil, Turkey, Iran, Kenya, and a few of other emerging economies.

“If we are not able to treat sick animals, that will have a huge impact on global poverty.” said Laxminarayan.

Science revealed the product of four years in which a multinational team of researchers hunted down more than 900 studies published between 2000 and 2018. Across those years, the proportion of bacteria that no longer responded to many of the drugs used to treat them tripled. Those bacteria were harvested from pigs and chickens, the most important meat animals in the developing world.

Surveys from sub-Saharan Africa showed that rates of resistance were still low in most countries, which translates that animal Agriculture is yet to skyrocket in Africa as it is in Asia.