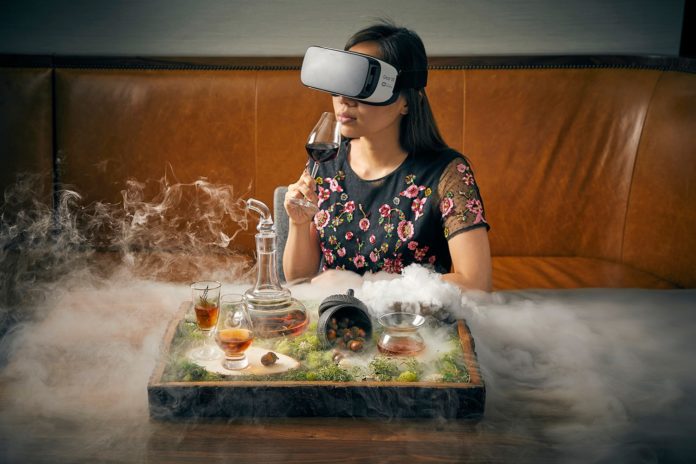 Virtual Reality (VR), simply put is having the feelings, glimpse or picture effect of what the future looks, today or seeing the effect of doing a thing before it’s actually done. For instance, knowing the taste, aroma, and looks of food from its recipe before it is actually cooked by simply wearing a VIRTUAL REALITY headset. It is the ability to take a peek into the future in real life but actually in a virtual form.

With the aid of a virtual reality headset worn on the face, you are immersed in the realities of the future created. You can quickly relate to the environment that you find yourself because it feels and appears real to you.

The reactions (excitements, sadness, euphoria etc.) comes as an expression of your interaction with the future. Virtual reality technology can be applied in almost every part of life examples include food, entertainment, game, fashion, aesthetics etc. It can also be used to present business proposals in a more realistic and convincing manner that can be appreciated.

Typically strap on a virtual reality headset and then take your position at the dining table served with your favourite food and you are able to perceive the sweet aroma already that attracts you to taste the food…mmh..yummy yummy! tastes delicious right?, but hey this is only happening in the virtual world and not in reality. The power of virtual reality in food is that it gives you a foretaste of the food before it is actually eaten.

To actualize this, simply get a phone that is compatible with a virtual reality headset. Install a VR application that serves a particular purpose and then plays. Virtual reality for games can be found in 3D gaming centre in Nigeria. You can also order your VR headset from Konga.