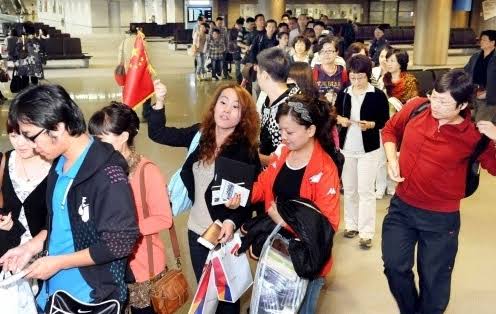 China rolled out a list of its social offenders of 2018 and dished out equivalent punishments by law.

Chinese government banned people from buying plane or train tickets 23 million times last year because their social credit scores were too low, according to the Associated Press, which obtained a copy of a government report.

Social offenders are those with low social credits which however, translates to those with history of negative social behaviors such as if you evade taxes, scam other people, make fake ads, or take up extra seats on the train. Currently, whenever a person passes by a checkpoint, like when crossing into another city, or entering and leaving China, they’re asked for fingerprints and identification already. Those who have been found guilty of crimes in court, and more.

The Chinese social credit system was introduced by its government a couple years ago to employ facial recognition system in monitoring its citizens social behaviors and rate them accordingly. And those who ranked low based on negative social behaviors were denied most privileges.

So far, according to a report from China’s National Public Credit Information Center from last week, people have been blocked 17.5 million times from purchasing airplane tickets, and 5.5 million times from buying high-speed train tickets. These people had become “discredited” for unspecified behavioral crimes. That’s a boost from only 6.15 million citizens being blocked from taking flights as of 2017, according to China’s supreme court.