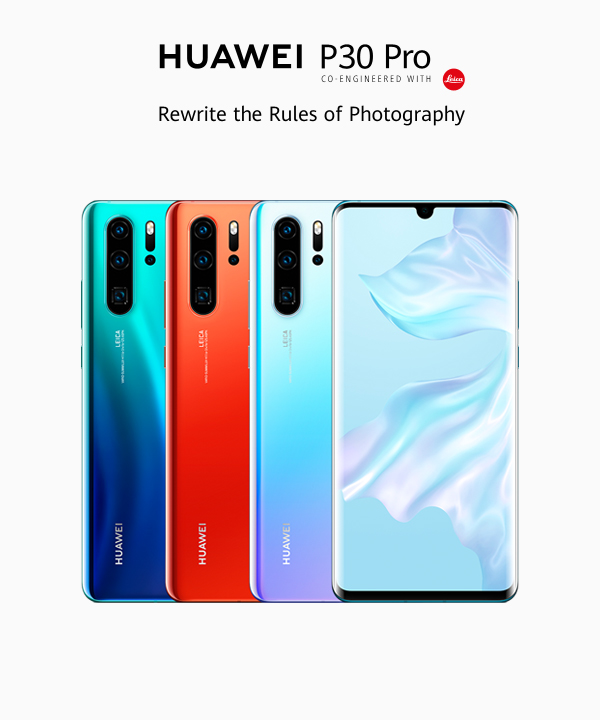 Also, the phone has a new light sensor that detects yellow rather than green (RGGB-RYYB) which Huawei said would significantly boost light absorption to create better results of a rosy dawn, mid-day sky, even in darkness of night.

The P30 Pro, Huawei’s P30 premium version, also uses electromagnetism to vibrate the screen to create a speaker when the device is held up to the face, minimizing any sound problems when taking a telephone call, added the company.

Share with OneHop: A simple tap from your HUAWEI P30 to the MateBook can send pictures, videos and documents in seconds. And, by just shaking and touching your phone to the MateBook, you can begin recording a 60s.

“The phenomenal thing about Huawei is they are successful in spite of the US policies or the US market,” said Lam. They’ve taken a leadership in AI, chip/modem tech and mobile photography — not to mention, foldable smartphones and 5G. They have all the elements that Samsung had when it matured into a global powerhouse.”

Huawei’s P30 is taking on Samsung’s Galaxy S10 and Apple’s X smartphone. Huawei spited Apple a day to its new launch with a ridiculous post that suggested Apple was a child’s play compared to her. 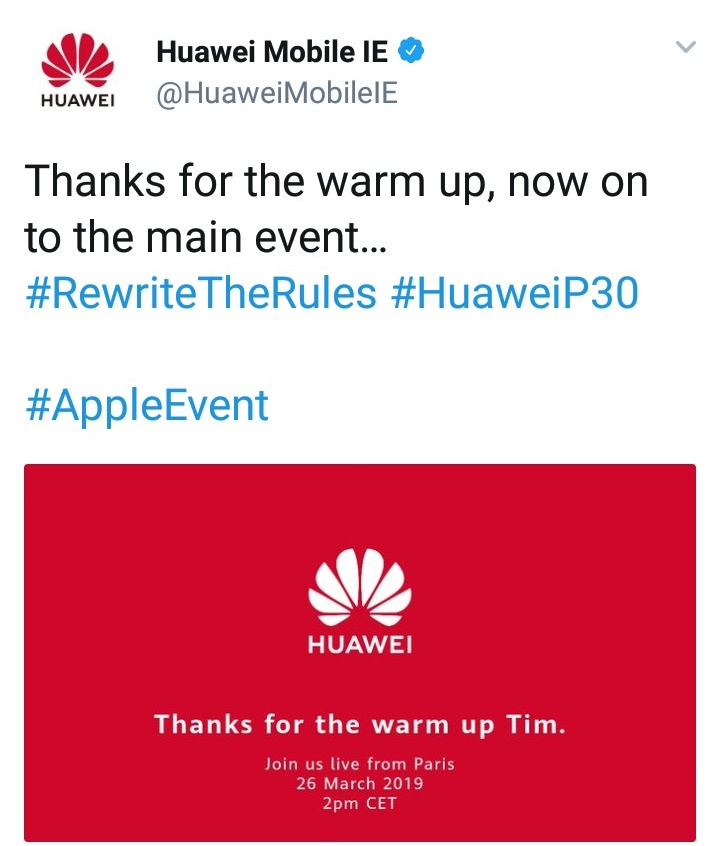