Huawei CEO Declares Loyalty to Apple, Says He Will Never ‘Go Against His Teacher’

Huawei CEO “bows” to Apple , admits Apple is his boss. But will be taking it out on the US President Trump.

Following the recent strings of Huawei ban by the US, speculators are expecting that Chinese would respond back in kind by banning Apple’s product from her market.

Anyways, that hasn’t come through yet, or maybe not. In a recent interview with Bloomberg, Huawei CEO Ren Zhengfei expressed his loyalty to Apple, voicing strong support for the US company, and denying any fights with Apple. He said “That will not happen, first of all. And second of all, if that happens, I’ll be the first to protest. Apple is my teacher, it’s in the lead. As a student, why go against my teacher? Never.”

Huawei’s sudden acknowledgement of Apple as his leader is somewhat questionable. Few months ago, Huawei’s rivalry with Apple was
so strong that a day to Apple’s last event, Huawei made a ridicule of it, called it a “warm up”. 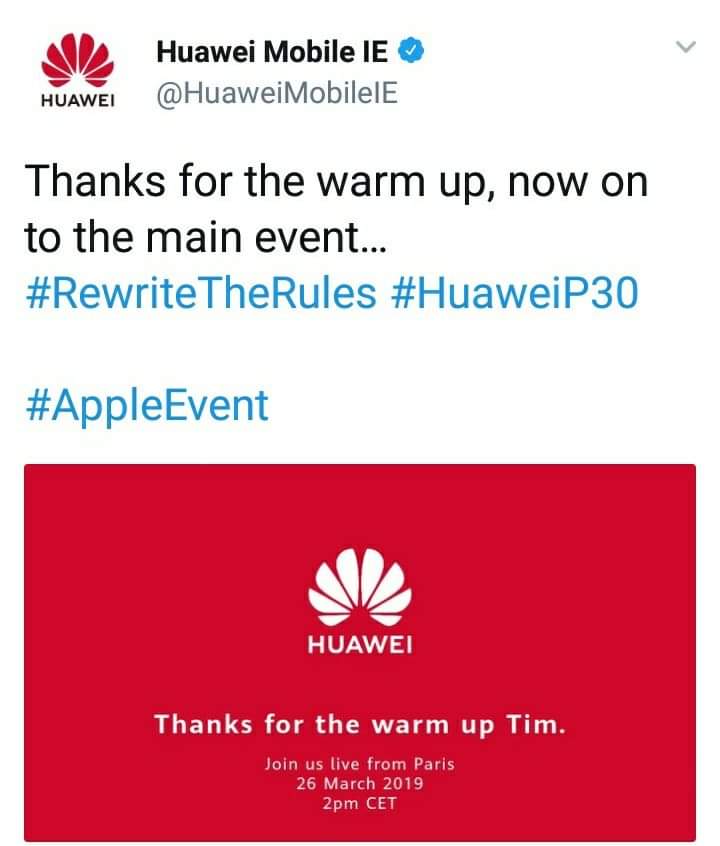 Could this recent attitude of Huawei be a sign of true repentance? Or perhaps a way of submitting to the threat?

However, CEO Ren says Huawei is not going to sell it’s product to the US and also not ready for any negotiations ever with Trump. Ren considers the US take on Huawei against the China-US trade deal as being irrational. Ren scoffed at the idea, saying, “It’s a big joke. How are we related to China-U.S. trade?”

Ren candidly admitted that his own family prefers Apple products, even often buying iPhones and MacBooks to bring back as gifts for him when they’re travelling abroad.

Truth is no one can deny the quality Apple brings to the store (writers opinion).