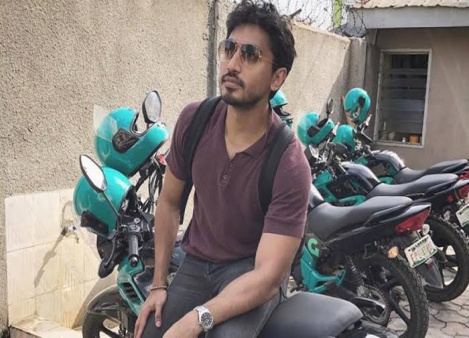 Fahim Saleh, the founder and Chief executive officer of motorcycle, Gokada, is dead. According to New York Times Police Department, Saleh’s mutilated body was found in his Newyork apartment on Tuesday afternoon.

Assailants chopped off his head with an electric saw and dispersed his body parts within his apartment.

Officials of the Newyork Police Department said they found an electric saw next to the remains of the tech entrepreneur who had extensive interest in the African ecosystem. The police said the gruesome discovery was made on the 7th floor of an apartment building E, Houston Street on the lower East side at about 3:30PM on Tuesday, after one of his siblings called 911 saying he had not been seen all day.

According to CCTV footage, Salem was last seen on Monday around 1:40pm. He was said to have shared the building’s elevator with his alleged killer who was seen in the video carrying a bag. He followed Saleh into the elevator, and attacked him when they got to the 7th floor.

The bag was found beside the mutilated body of the young entrepreneur and of his body parts were found in plastic bags with in the apartment.

The Newyork Police Department spokesman, Sergeant Carlos Nieves, said all the body parts were found inside the apartment but declined to give specifics on where. ” We have a torso, a head that’s been removed, arms, and legs. Everything is still in the scene. We don’t have a motive”, he said.

Fahim Saleh was born in Saudi Arabia to Bangladeshi parents before settling in Newyork with his family and started coding as a teenager. He founded Pathao, a ride-sharing company popular in Bangladesh and Nepal, in 2015. after graduating from Bentley University where he recorded his first success in tech.

Gokada began operations in Lagos 2018, after raising $12.4 million according to Crunch base. During their venture capital raise of $5.3 million in 2019, Saleh announced plans to expand Gokada service into a club with restaurants, letting drivers relax and get things they need from a Gokada shop such as food (uber’s model).

Gokada stay in Nigeria was short-lived in 2020 as Lagos State Government banned commercial motorcycles in several parts of its metropolis, forcing the firm to layoff its entire staff.

Investigation into his death has commenced to trace the culprit or culprits behind his tragic demise.

He was 33 years of age until his death.